The Lucy Parsons Labs has been central to investigating the use of IMSI Catchers (commonly known as Stingrays) by the Chicago Police Department for several years. Back in June of 2014, we successfully sued for records of Stingray purchases. This allowed us to provide definitive proof, for the first time, that the Department had purchased these devices. The Stingrays were purchased using over four hundred thousand dollars from civil asset forfeiture, a secret budget that CPD uses to buy high tech surveillance equipment. We also showed that information about Stingrays has been kept secret, because CPD signed a non-disclosure agreement with the FBI and Harris Corporation, as they have done across the country.

Besides exposing these programs and forcing the spending of more than several hundred thousand dollars by the City of Chicago fighting against transparency, the LPL has also been influential in other ways. We have presented at both THOTCON with a basic introduction on IMSI catchers and a surveillace self-defense talk at DEFCON. We signed on to the ACLU’s warrant requirement bill as a harm reduction strategy as part of the war on drugs. Our litigation showed that CPD has been acquiring Trap and Trace orders - pg.11, which have a lower standard of proof than a warrant to authorize the invasive cell site simulator technology. This was particularly important as in other jurisdictions such as Florida, where these devices have been used, law enforcement has hidden the source of information from defense attorneys. We also spend time teaching countersurveillance techniques to activists in Chicago, empowering them with rooted MotoE’s and SnoopSnitch. 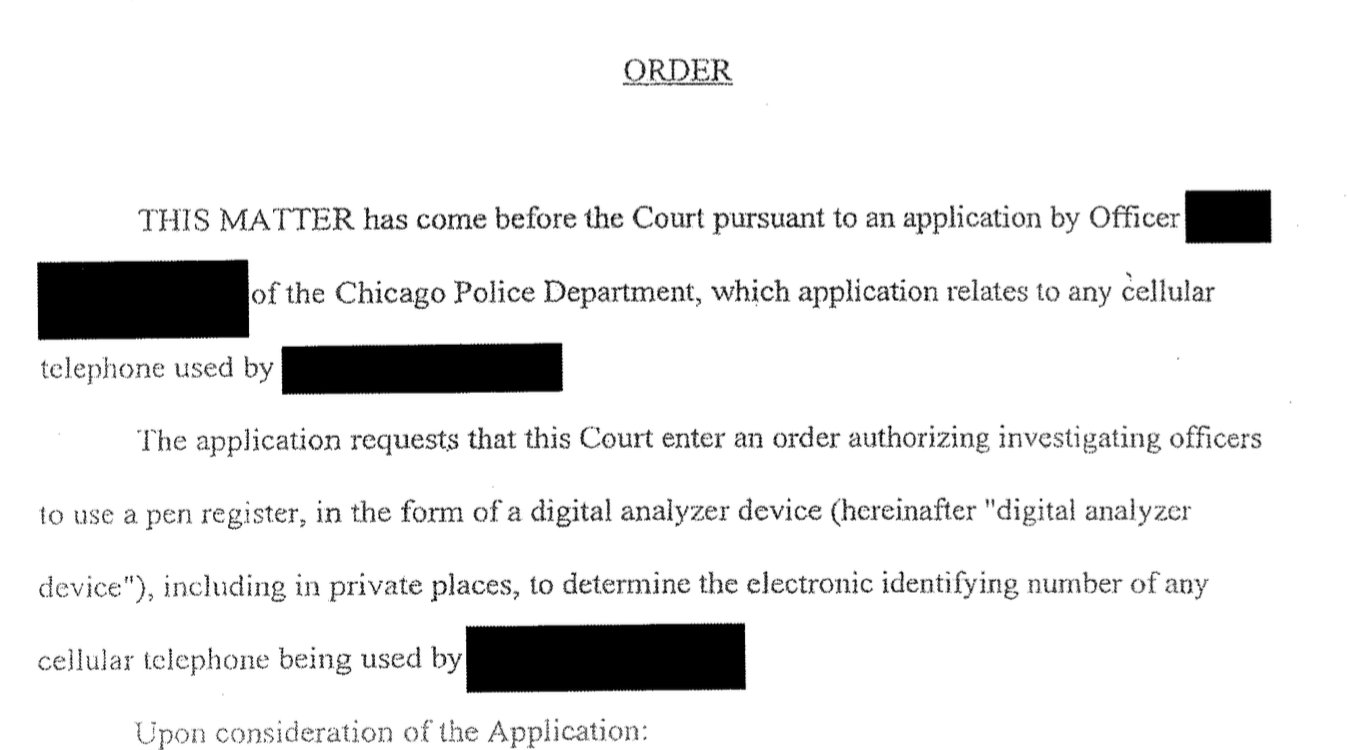 After our main case moved its way through the courts, we eventually prevailed forcing the release of over 300 pages of documents on how CPD deploys Stingrays and what they tell courts. In particular, we have seen that CPD describes their use of Stingrays as “digital analysis”, which doesn’t fully portray the Constitutional or privacy implications of Stingray use. According to CPD’s description of “digital analysis” they never describe that Stingrays can capture the numbers of non-target phone numbers to courts, which is a major concern for civil liberties. As reported in The Intercept “While these court records reflect how Stingrays and other cellphone trackers were authorized for use in serious criminal cases — such as murders, kidnappings, and aggravated battery — they also demonstrate how little judges knew about the devices prior to approval. The documents also demonstrate the ties surveillance technology has to the money and possessions seized during the war on drugs — which is in turn used to track people in impoverished areas of Chicago.” Just as troubling is that Pen Register / Trap and Trace orders (PR/TT) are allowing Stingrays to be used “including in private places, to determine the electronic identifying number of any cellular telephone being used by [REDACTED]” (see image above). Precisely for these reasons it is important to force greater transparency in police departments as we have done in Illinois.